San Ysidro is an agricultural community that also provides services to travelers on busy U.S. 550. San Ysidro is also a stopping point on scenic New Mexico State Road 4. Cattle ranching is still important to the area, and the state Transportation Department has a maintenance and construction yard in the village.

In 1699, Juan Trujillo and others were the first Europeans to settle here. The Spanish governor in 1786 granted Antonio Armenta and Salvador Sandoval the land where the community of San Ysidro grew. Named for the patron saint of farmers, San Ysidro was a crossing for major trails in early New Mexico, and the community still plays that role. 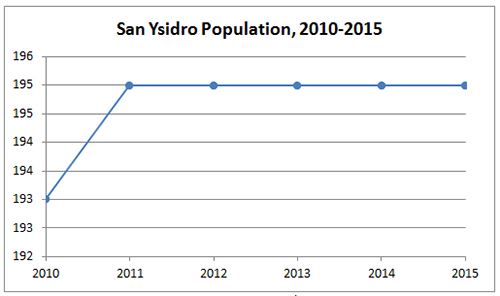